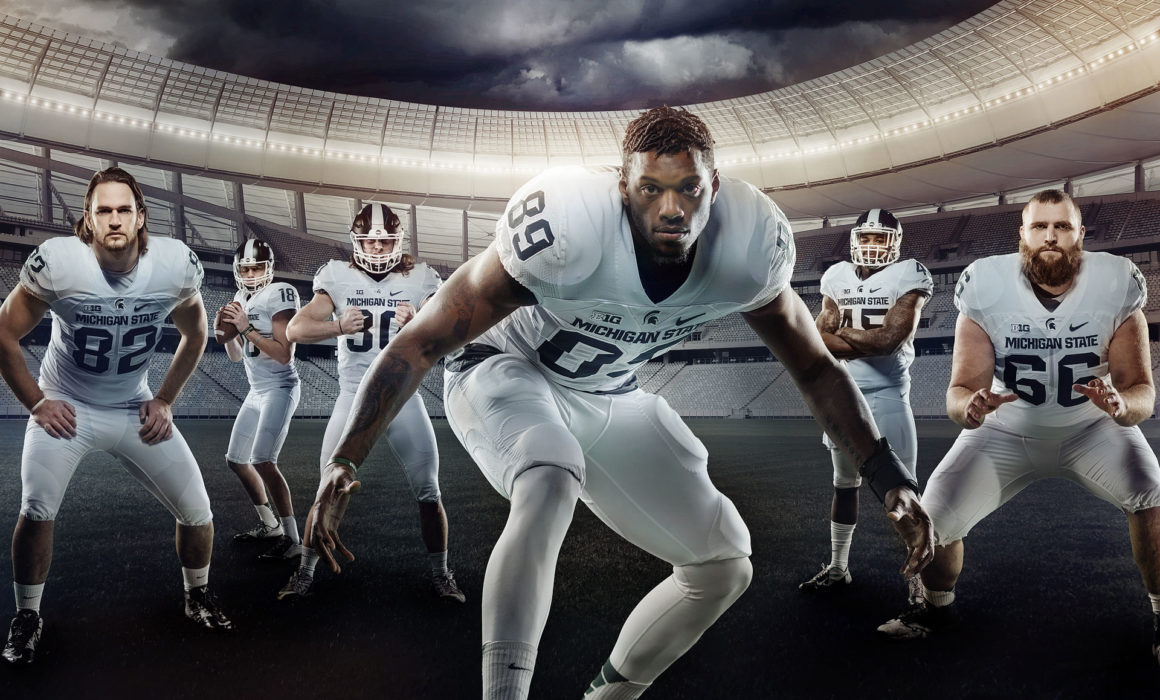 As with most projects involving photographing athletes, one of the biggest challenges with this photoshoot was the minimal amount of time we were given to photograph each player. That was further complicated by the fact that we were sharing the shooting space and time with the players with the video team that was simultaneously working on a motion commercial. Initially we were asked to photograph 1 waist up portrait of each player. I’m really glad we planned for various scenarios and showed up extra early to set up because upon showing up we were asked to do our best to capture waist up, and full body photographs, both turned towards and away from the camera as well as combinations with and without the ball. All that with 5min worth of time with each player. When putting list of equipment necessary to complete this shoot I was initially planning to only bring a small green screen – being asked for full body shots made me really happy that I grabbed the big one as well.

We started setting up alongside video team at around 2:30pm at the 25,000-square-foot Skandalaris Football Center in the Duffy Daugherty Building. We were scheduled to photograph our 6 Spartans at 5pm and were given 5min time slots with each player.

For our backdrop we used an 8×16′ collapsible green screen and set up 5 Paul C Buff Einsteins with various modifiers for our key, rim and background lights. 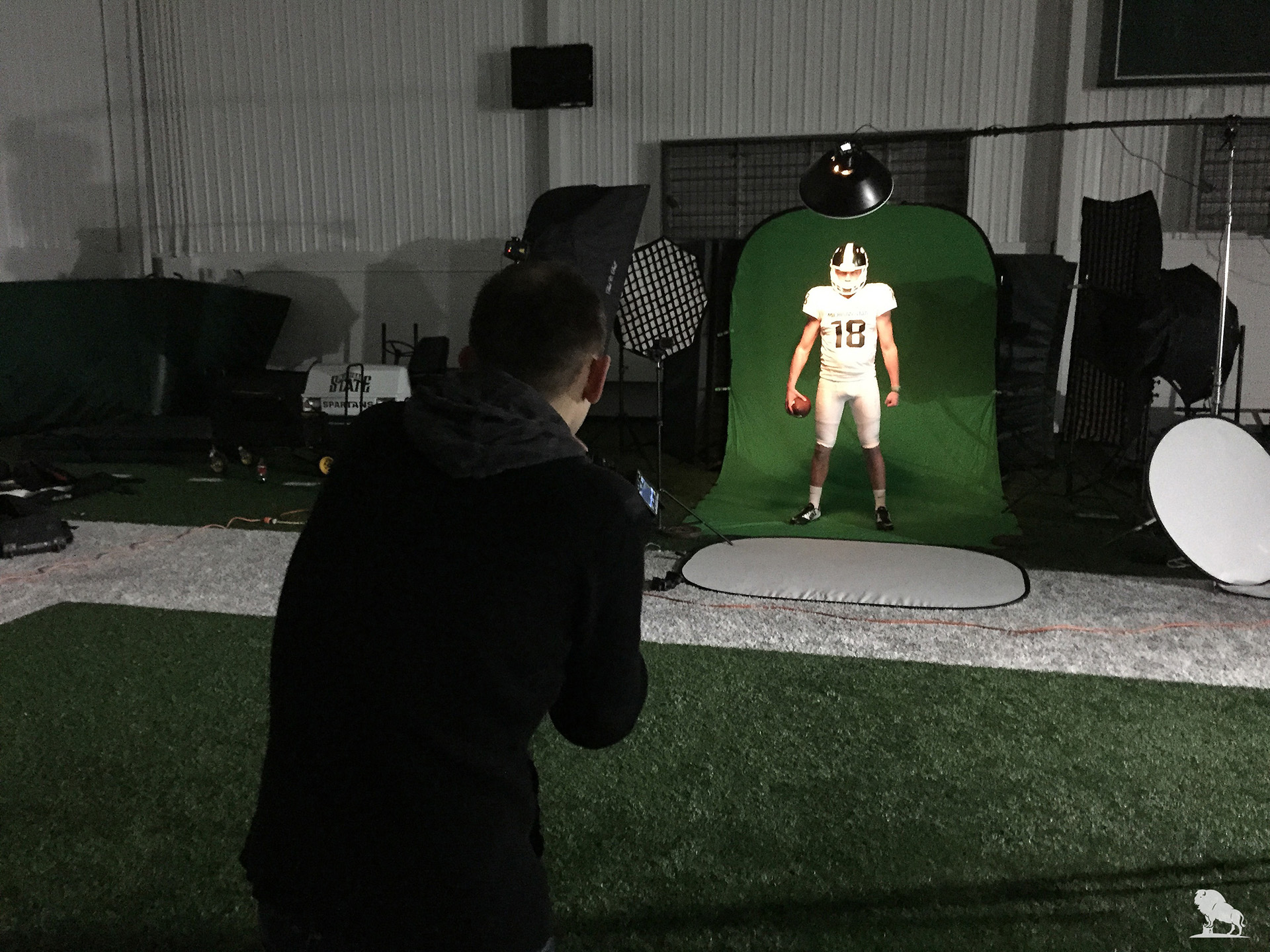 While we were set up and ready to with an hour to spare, about 20 minutes before we were scheduled to start photographing, the video team, who was set about 30 feet away from us started to test a fog machine (we were unaware that they had one). The fog slowly lingered towards our set up and totally threw all of our set up off. We found ourselves scrambling for a quick solution before players arrive. Fortunately we ended up finding a large fan to blow the fog away from our set up. We had to run it entire time, except for when the video was rolling and needed quiet room.

The players were incredible to work with helping us get the most of the short time we had with them. Paul C Buff’s transmitter (Cyber Commander) came in extremely handy as it allowed me to quickly turn the lights on and off to achieve a few different looks despite the minimal time we had. 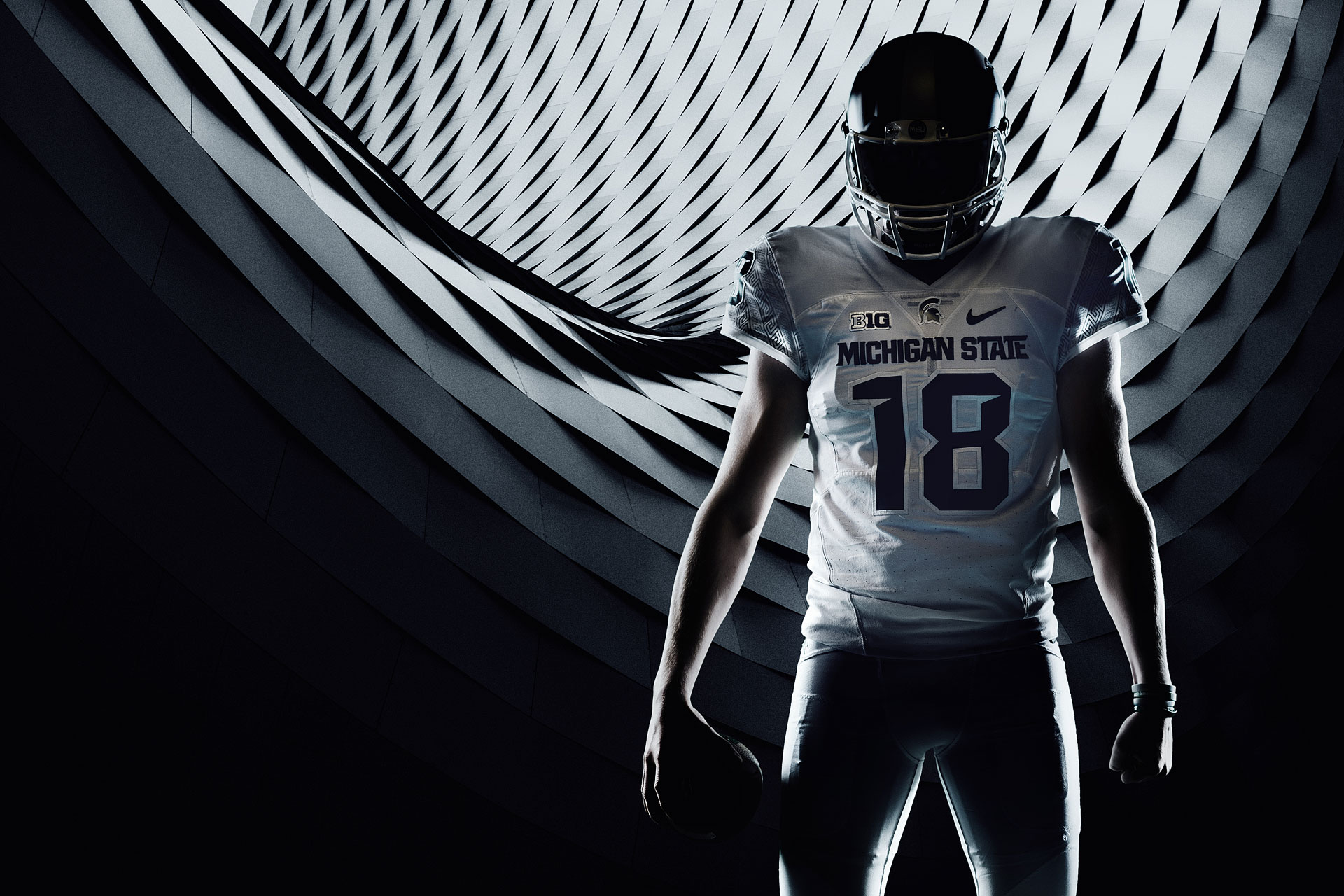 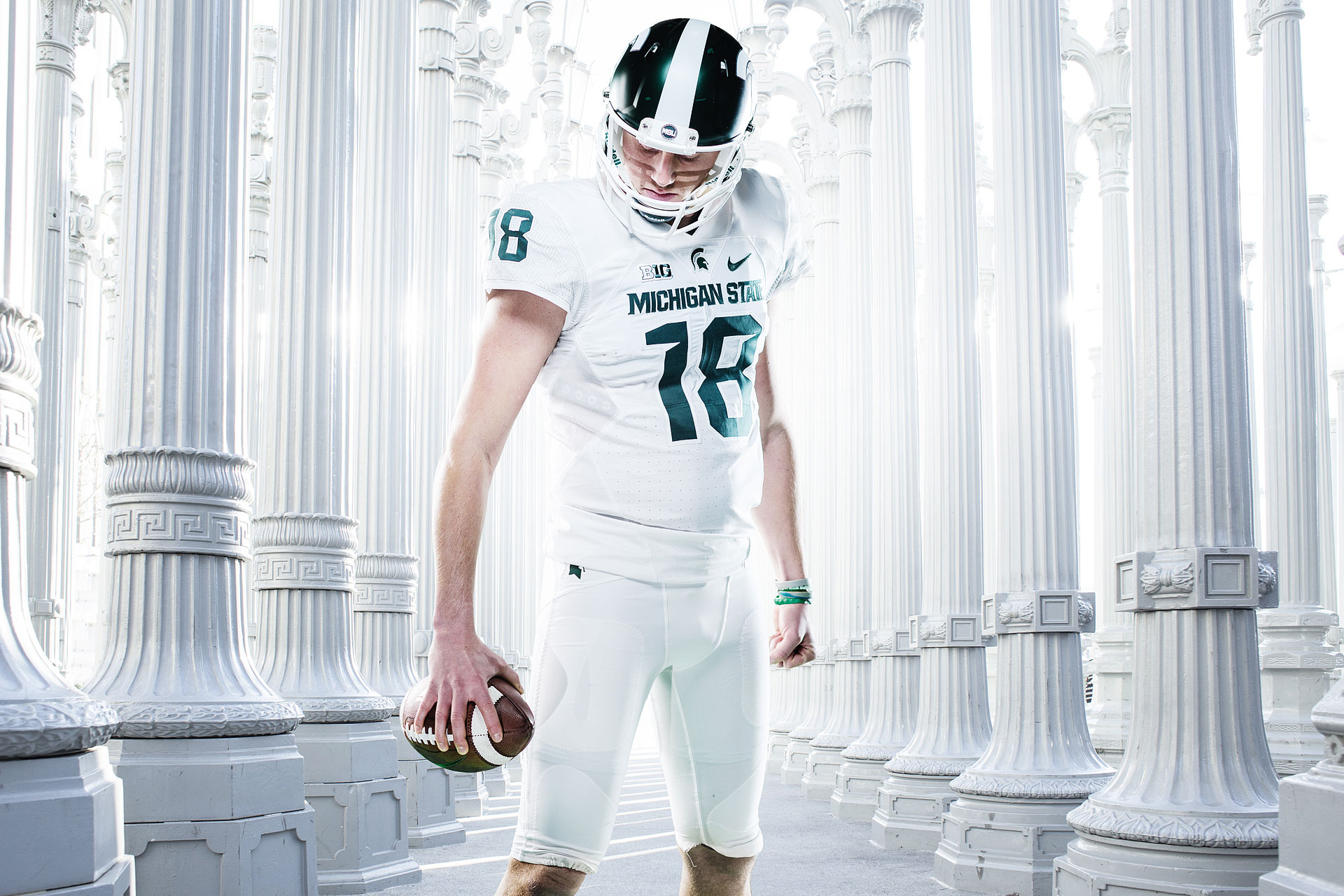 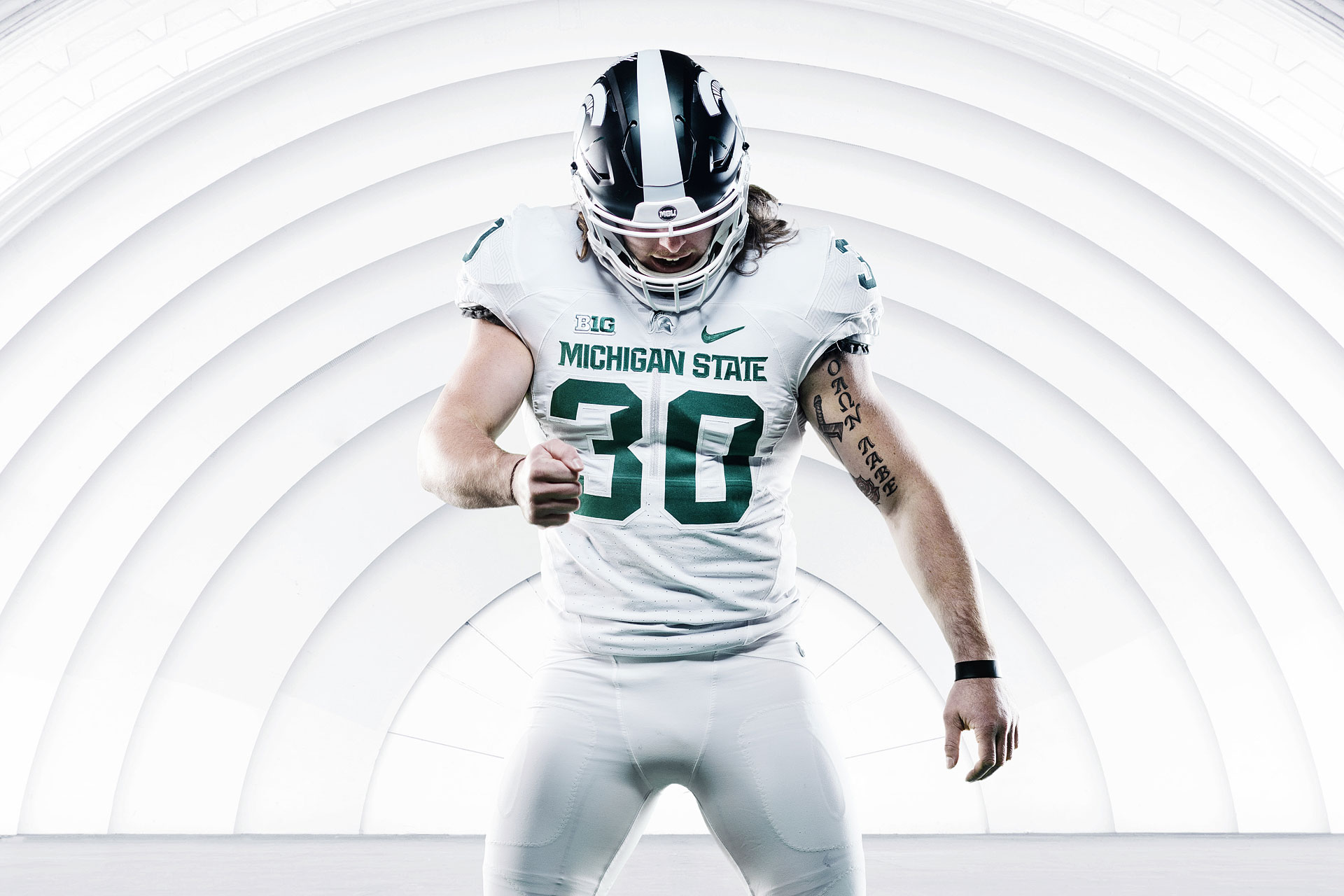 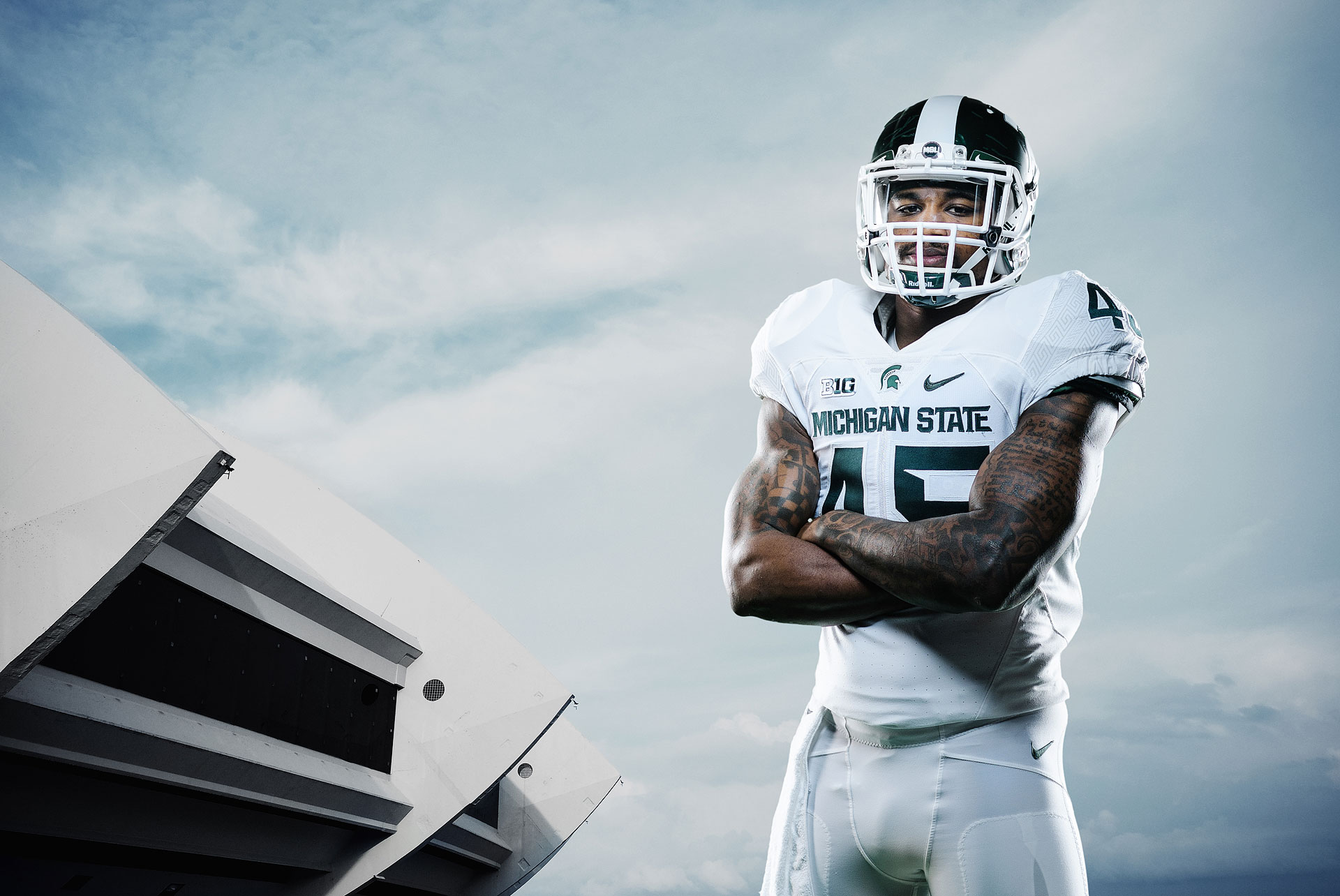 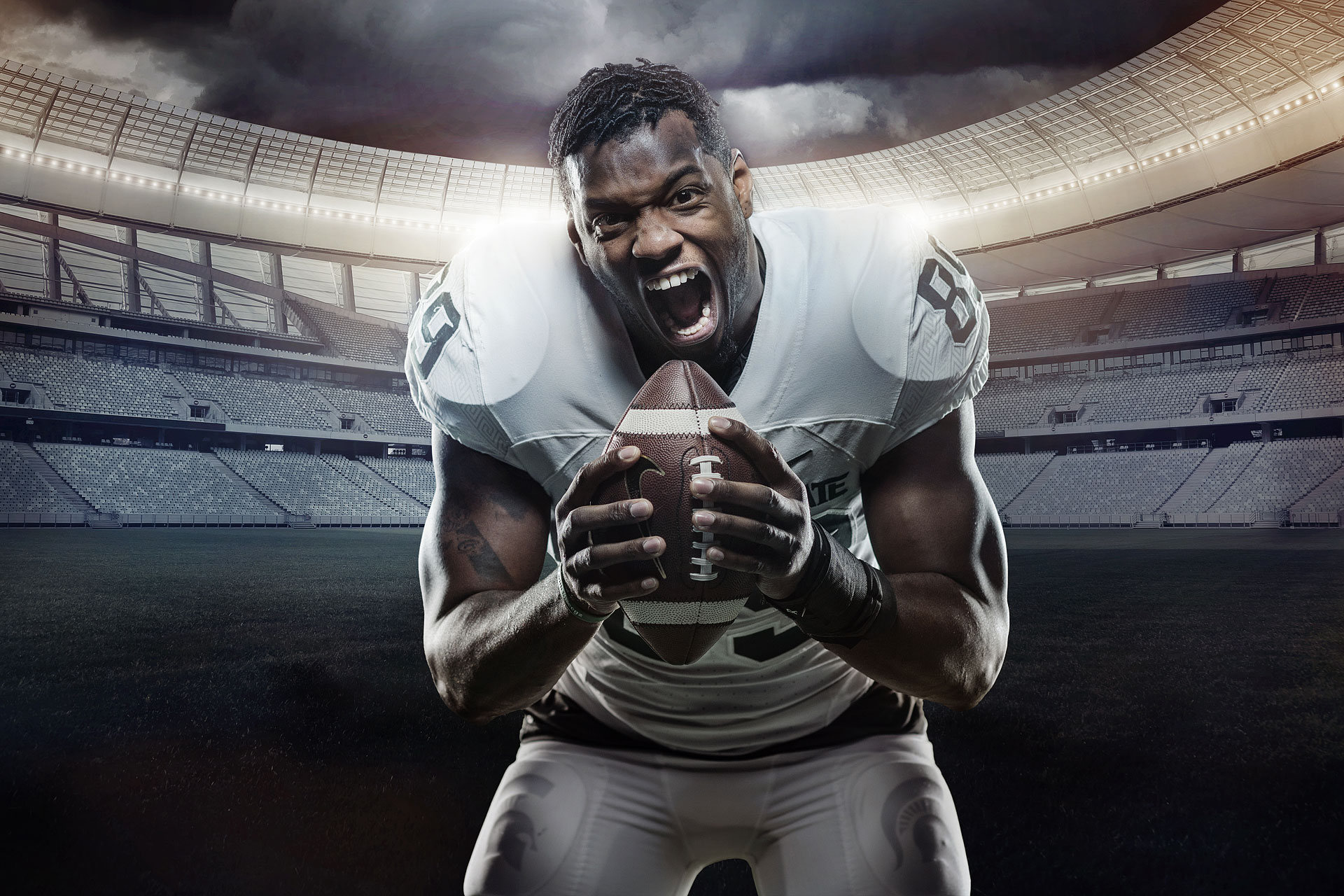 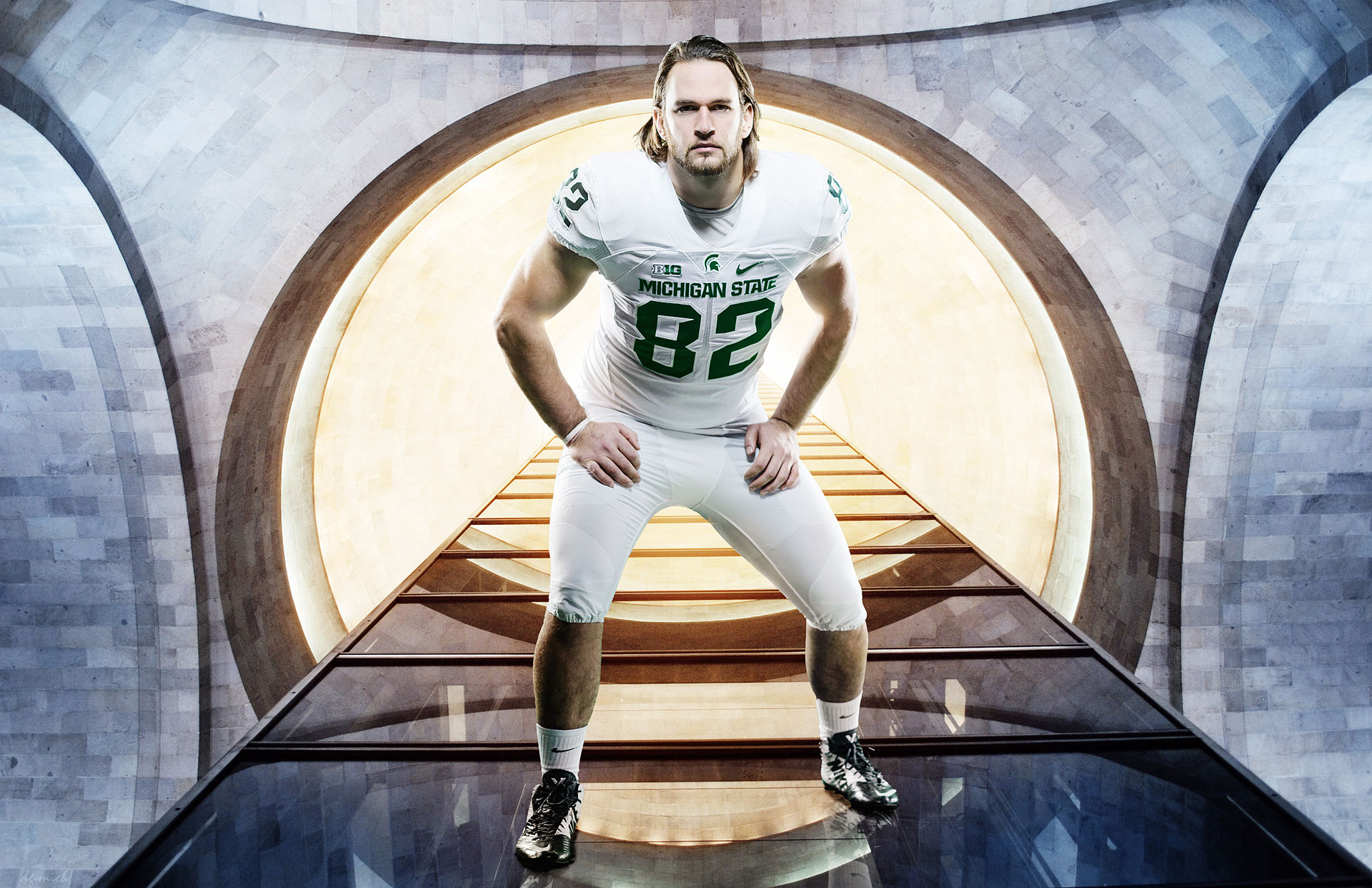 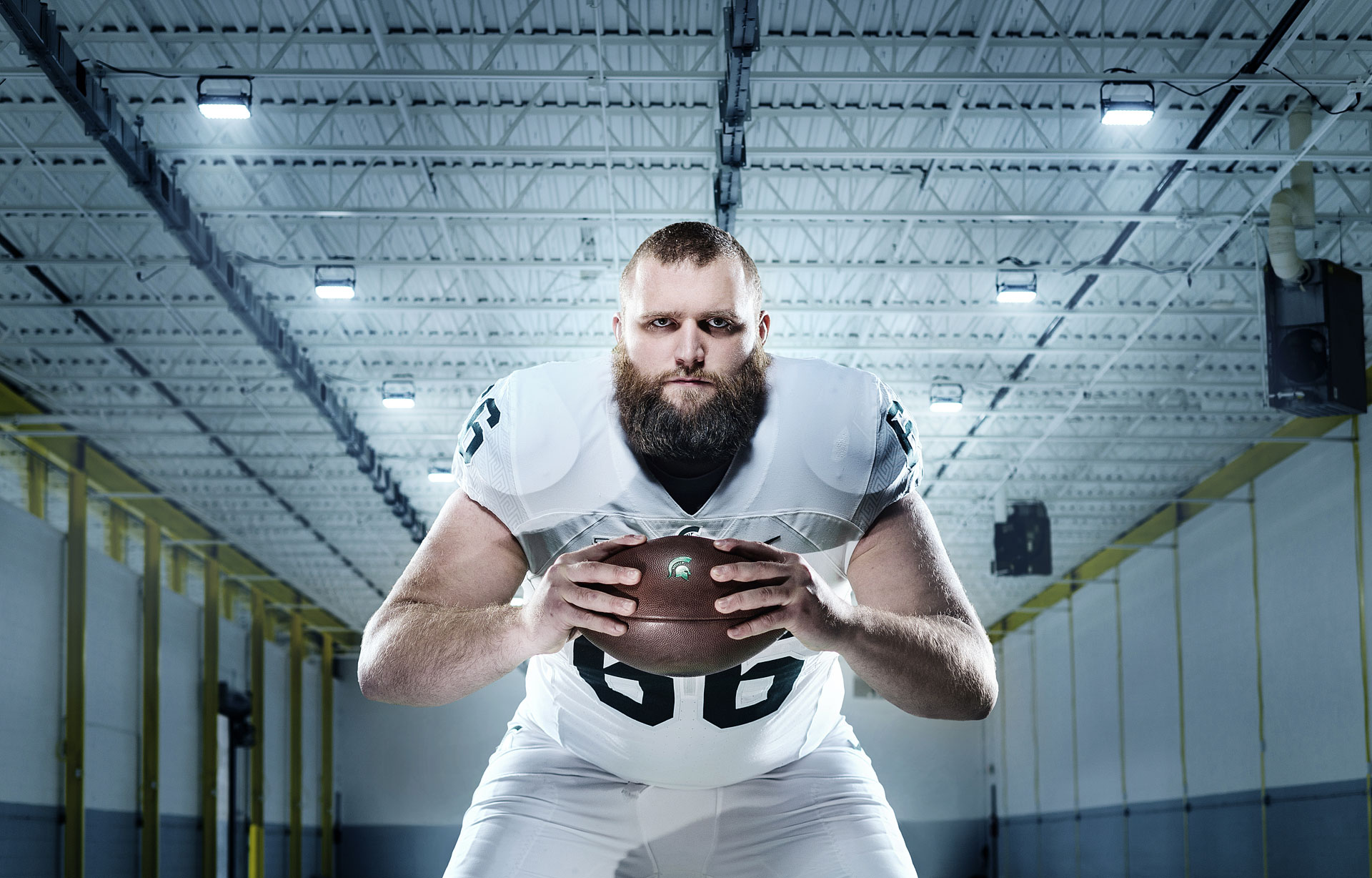 The shoot ended up turning out very well with a client that was really happy with the result. Don’t hesitate to reach out to us if you need to brainstorm any ongoing projects or need a quick quote.